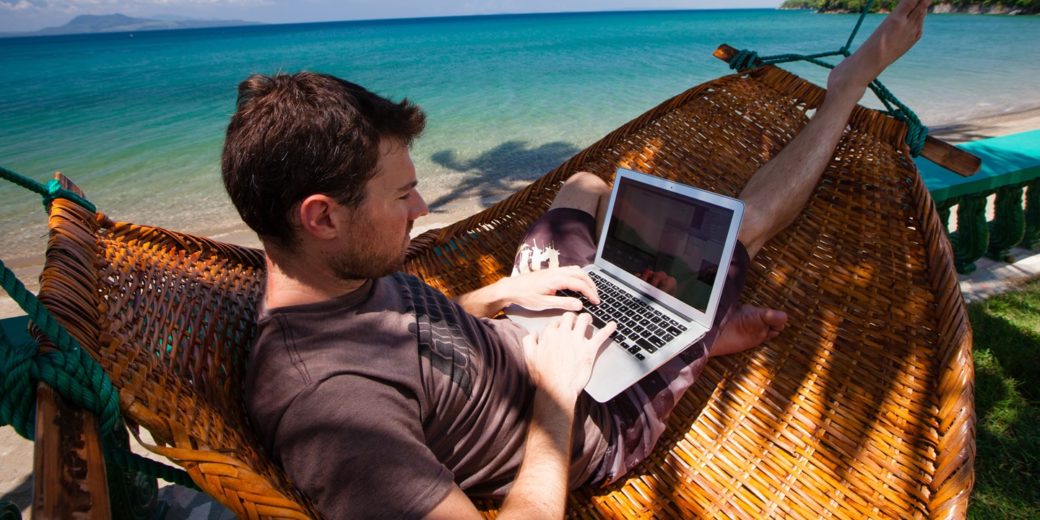 This image is me in the Philippines in 2012, writing one of my early blog posts. I’m sharing this story for anyone thinking about creating something.

The first time I really started to understand how important creating things was, was in 2010 when I started writing blog posts. It was hard to see the value at the time but I enjoyed it and started writing on my blog about web marketing and business etc. I wrote hundreds of posts between 2010 and 2013. The day that pic was taken, I wrote 13 in one day. Unfortunately while the content was flowing, my business was failing.

In 2013 after many many failed years I launched a new business and a guy called Alex reached out to me to partner in the business. It went well – it was the first time anything had gone well for me in business. By then I’d written hundreds of blog posts without any traction at all and for the first time people were starting to pay attention to them. My co-founder said we should write a book. I’d never thought about doing it but thought why not I have enough content let’s give it a crack.

I went home early every day that week and spent a few hours in the afternoon writing a book based on a blog post I’d written that had some traction. The blog post was called “Is Startup Validation Bullshit”. I had started my business in 7 days so I called the book The 7 Day Startup. I wrote the first draft of the book in, you guessed it 7 days.

My co-founder Alex never ended up helping with the book so I just released it myself. My plan was to put it on our website for free. Then a book marketer Tom reached out to me and said he would do the marketing for me for free.

He said we should put it on Amazon but if I don’t charge for it no one will buy it because everyone searches the normal paid section of Amazon. I reluctantly agreed. Along the journey I met Derek who’s wife ran an agency for translating books into multiple languages and he took the book on. Here’s what happened since.

Alex, Tom and Derek all reached out to me after reading one of my blog posts that I reluctantly created in the many days since starting in 2010.

I’m writing about Storytelling for business in my next book. Jump on my emails here to learn more.