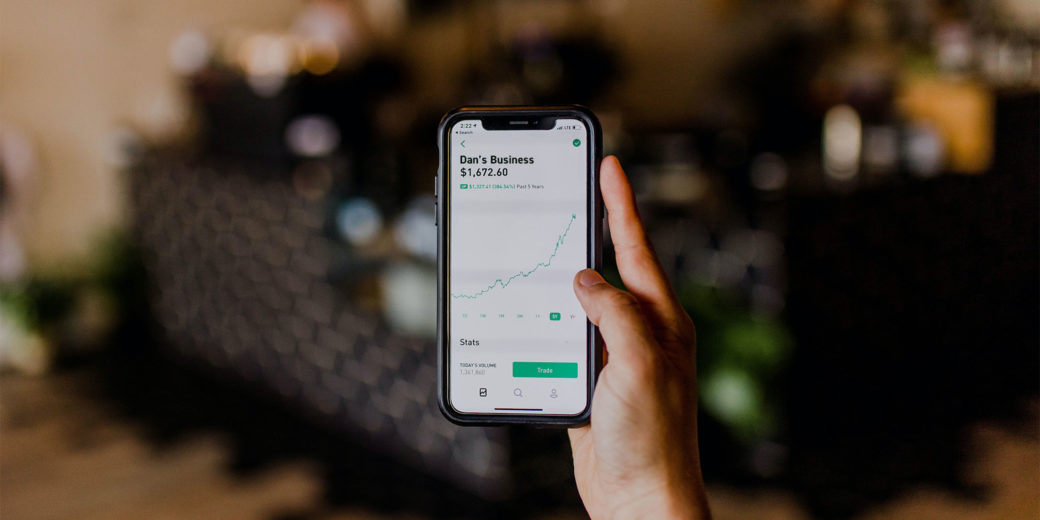 One thing I realised fairly on in business was that everyone wants to give you advice (see lesson #15). I learned that most people take advice from wherever it comes easiest – close friends, randoms on Facebook. I also learned that most business advice flows from consultants. These are the people that seek out opportunities to offer advice, so it’s where most of it comes from. Consulting is one of the worst business models you can have, consultants typically have to work for decades before generating significant wealth. If you want a consultancy it probably makes sense to take advice from consultants, but if not, it’s not the best idea.

All businesses are not equal.

Consultants will give you bad advice like “raise your prices” and “profit first”, but most break-out successful businesses aren’t profitable at all for a very long time.

That poses it’s own problem. If you are like me, you aren’t minted with shitloads of cash and able to fund businesses for eternity without profit. So what do you do?

Black Hops was unprofitable for 6 years, raised multiple millions of dollars in funding from hundreds of investors (and almost as much debt). So there certainly isn’t a ‘right’ answer, but I do think it’s important to understand the compromises you are making.

Profit it not necessarily a good sign. In my view a lot of profit means there’s a lot of value left in the transaction you are making and a sign that you are taking that value for yourself. It leaves open a lot of room for someone else to come along and give that value back to the customer, get more customers (growth), and create something much bigger.

Most disruptive businesses are more interested in chasing growth, because with a massive amount of market share they can eventually turn on income streams and use that audience to create something extremely valuable. This itself can be a big trap, it’s very easy to run out of money when you have no profit.

What kind of business do you want?

The first thing to think about is what kind of business do you want. When Elon started Tesla and SpaceX he knew that they would both likely fail and he would lose all of the $180m he made when he sold PayPal. Turns out they didn’t fail and he’s now the richest person in the world. But is this the kind of risk you want to be taking? Probably not.

Contrast that with the entrepreneur who starts a consultancy and makes 6 figures a year for 6 years, a bit more than they would in a job and enjoys some of the freedoms of having their own business. Is that appealing to you?

To me, neither of these things are appealing and I suspect a lot of people are in the same boat. I think if you go out on a limb to start a business you should want and should expect that if it goes well you will do far better than average. You should be able to make a big jump in your overall wealth if you take all the risk and you pull it off. Doing slightly better than you would if you had a job is not a good outcome. But starting the next space exploration company probably isn’t on the radar either.

I like some sort of balance between starting a high growth startup and a personally-rewarding and short-term fruitful consultancy.

Here are a few thoughts on creating something valuable as opposed to profitable.

The vast majority of successful startups are teams not individuals. It’s extremely rare for someone to start a truly successful company on their own. You might make more profit on your own, but you will create more value with other people.

I worked by myself for 7 years and created something that I could only sell for not much more than $50,000. Weeks into my new project I gave away half of it for free to a guy I had never met and wouldn’t meet for another 9 months. The two of us grew it to something worth multiple millions and I ended up with half. Half of multiple millions is much better than all of $50,000.

My current business has over 600 investors, but it’s worth a lot more than anything I’ve done before. I would own 0% if it wasn’t for my co-founders and if we didn’t have investors, our business would be worth a fraction of what it is because we wouldn’t have been able to grow into an 8 figure business after a few years. We were unprofitable for 6 years and those were hard years, but we’ve created something very valuable.

The mental stresses of having your own business, is another equally good reason to consider getting co-founders. Trust me your life partner will get sick of hearing about your constant struggles in business before too long, co-founders will talk about it all day.

Don’t start a business alone if you want it to be significant and valuable.

Know how much your business is worth

Most entrepreneurs vastly overestimate the value of their business, because they actually have no idea. Like I mentioned above, even if the business throws off a bit of cash, it might not be too valuable. If it’s a traditional business you might be able to sell it for a multiple of profit, but a really valuable business will get a multiple of revenue or even a massive multiple on very little revenue as you get closer and closer to truly disruptive startups.

So where does your business sit? Have you thought about how much it’s actually worth to sell, or to invest in?

If you stop working and your business stops running, it’s not worth much at all. It’s very difficult to build something that can run well under new ownership.

I always like to have a handle on how much my business might be worth. I wouldn’t recommend this to all entrepreneurs, but one way you can do it is to raise money. In other words, sell part of it to investors. Entrepreneurs and business valuation experts are not good at determining the value of new companies, but if an investor is willing to invest at a certain valuation, then you know it’s worth something. Just the exercise of having to raise money will get you thinking about how to work out how much your business is worth.

There’s a lot to learn about how companies are valued, and decisions you make along the way are going to impact this. Having a business is most likely going to be the biggest investment of time and money in your life, it seems crazy to me to not spend a lot of time considering how much that investment is paying back.

Here are some rough examples that illustrate the point.

Understanding this stuff is important. It’s what led me to sell a traditional agency for a profit multiple ($60k) and launch a more “startup-like” service, ultimately selling it for a revenue multiple (can’t legally say how much but we were doing $1m / year and we got a small revenue multiple). And it’s what’s going to enable me to create a company worth tens of millions of dollars.

Even if you don’t decide to raise money, don’t discount the importance of having some idea what your brand is ultimately worth. Look at other investment rounds, read up on exits, learn to critically compare what you are building to other companies with proven valuations. A business is more than just a way to create a nice wage for yourself. A business should one day become a valuable brand. You may think you will never sell. Not true. Everything is sold eventually in one way or another. You might as well understand the value now so you don’t spend years building something worthless.

It’s very common advice to ‘niche down’. I’ve talked about this quite a lot over the years so I won’t harp on about it too much here, but I will make that point that it’s worth considering the damage of this thinking. Niching down by definition means you will hit a ceiling and kill your momentum when you run out of market, this is the worst thing you can do in a startup – momentum is everything. Most of my favourite entrepreneurs didn’t create niche businesses, they created empires.

If you do want to take the path of starting in a small niche and growing up into something much bigger, at least have a plan for exiting the niche into a bigger market and pay close attention to it. It’s a big trap to just stay in the small niche and never create anything significant.

Do not become an entrepreneur unless the reward is worth it. Fuck niches. Go after something that’s worth the effort.

Build a business with asset growth in its DNA

In my first book The 7 Day Startup, I had a section on building a business with growth in its DNA, I’ve modified it here to capture what I’ve learned since and to refer specifically to growing an asset over time (i.e. something valuable).

These factors free up growth and growth creates value. Create a brand that can scale without you, that serves a large market, that builds assets, with a simple business model and predictable revenue, then you’ve made it.

If you want to create something valuable the absolute number 1 thing you can do is figure out how to tell your story and build a brand. I’ll be covering this a lot as I dig into other lessons so I won’t dig into it too much here, but stay tuned for future lessons.

As always I’m interested in hearing your opinion as long as it’s the same as mine and for that reason I haven’t got comments enabled on this site. But…. Hit me up on social media if you like it, and if you don’t, go and create something better.

Photo by Austin Distel on Unsplash – then I changed the word ‘Amazon’ to ‘Dan’s epic business’ cause I thought it was funny and I was bored.