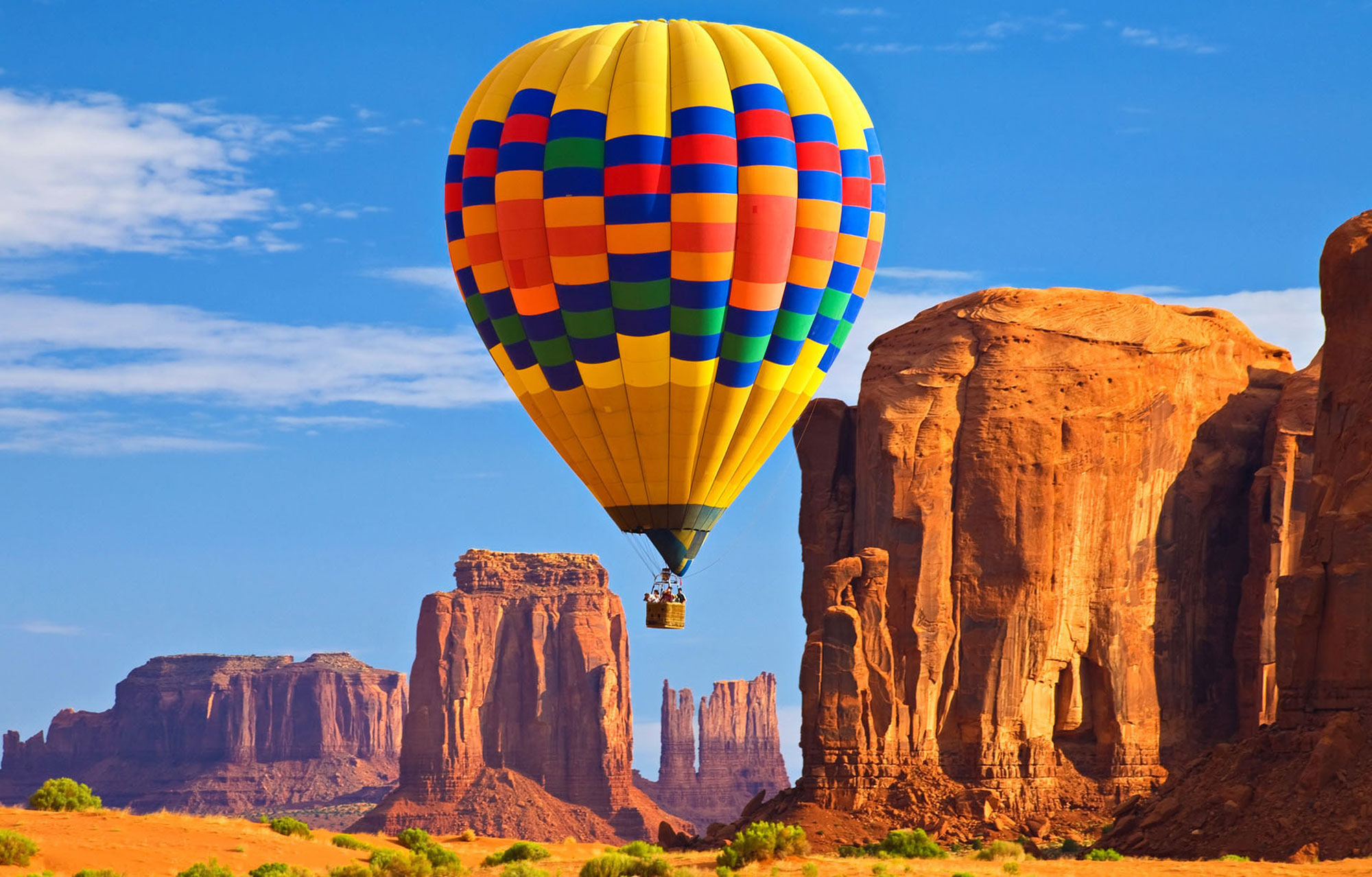 Recently on the 7 Day Startup open facebook group I threw out a question asking what stops you from bringing your creative passions or projects to life. This was the first step in me writing a book about creativity (more here). A bunch of issues relating to fear and adversity were common themes from the groundswell of responses I received.

I’m keen to explore this topic further, but in the meantime I thought I’d write a post focusing on people worth following who have embraced their inner creativity. Many of whom battled fear and adversity yet persisted.

In this post I’ll share some of my favorites as well as some suggestions from the 7 Day Startup Community.

An inspiring example of pressing on in the face of adversity is author Steven Pressfield. It took him 17 long years to land his first book deal! But he stayed true to his passion and persevered, and the international best-seller The Legend of Bagger Vance was born.

The book of his you must read is The War Of Art: Winning The Inner Creative Battle. It focusses on the concept of overcoming “resistance” to achieve “the unlived life within” through loving what one does, having patience and acting in the face of fear. In the book Pressfield takes us through his early struggles, from crippling writer’s block and the pain of constant rejection through to living for a period out of the back of his car. It’s humbling and inspiring stuff and his concept of resistance has become a doctrine among writers and creators all around the world.

Plenty of powerful quotes from the book can be found here.

Ricky Gervais has never been shy about putting it out there when it comes to pursuing his creativity. Check out this clip (when he was trying to be a pop star back in 1982) as an example of giving it a crack regardless of potential ridicule! Actually on second thoughts, don’t watch it.

Ricky has transcended his rather cringeworthy beginnings, and this great quote of his sums up why he’s a great role model for pursuing your creative dreams; “It’s better to create something that others critisize than to create nothing and critisize others. Go create, have fun!”

Ricky slogged away for years as a bit player in the music and tv industries, before achieving his big break with the success of British mockumentary series The Office, which he wrote and directed as well as playing the lead role of the gormless David Brent.

He’s also not afraid to take the piss out of the establishment, as evidenced when he’s shocked and humoured in equal measure as a regular host of the Golden Globe Awards. You can check out some of his best work here.

Thirty years after starting on his creative journey, Gervais was named in 2010 on the Time 100 List of the world’s most influential people.

[ctt tweet=”It’s better to create something that others criticize than to create nothing and criticize others. http://ctt.ec/T512G+” coverup=”B8kR5″]

Renowned author Elizabeth Gilbert shot to prominence off the back of her 2006 book Eat, Pray, Love: One Woman’s Search For Everything Across Italy, India and Indonesia. The book described her spiritual and personal exploration while travelling abroad for 12 months. She was very clever in funding these travels via a $200,000 publisher’s advance she received when initially pitching the story. The book sold a lazy 12 million copies and was turned into a movie starring Julia Roberts.

But the book of hers I would most recommend you check out is Big Magic: Creative Living Beyond Fear. It provides some valuable insights into her experiences in embracing her creative essence, including agenda setting, overcoming self-doubt and avoiding perfectionism. Gilbert has led an unconventional and highly creative life and wants the reader to embrace “living a life that is driven more strongly by curiosity than by fear.”

Some of the more powerful stories in the book had me in tears, and the overall concept that ideas are some kind of magical thing floating around looking for the most suitable person to bring them to life is a game changer.

The book is by no means a definitive self-help manual. It’s quirky and engaging, as evidenced by this quote on facing your creative fears; “Dearest Fear: Creativity and I are about to go on a road trip together. I understand you’ll be joining us, because you always do. But understand this: Creativity and I are the only ones who will be making any decisions along the way. Dude, you are not even allowed to touch the radio.”

If you are into audio, check out her recent interview on The School of Greatness podcast.

Kanye West has transcended his beginnings as a fledgling rap artist to assume a place as one of the most recognisable pop culture figures on the planet. As well as his hugely successful music career embracing exploration and reinvention, he’s also crossed over into the fashion and entrepreneurial worlds, including collaborating with Nike, Adidas and Loius Vuitton on a range of footwear.

It’s fair to say that he’s a divisive figure due to his outspoken nature, but love him or hate him, he embraces multiple creative disciplines and is not afraid to put himself out there. If you are looking to create something and put it into the world you could do with a small ounce of Kanye’s confidence.

For some of Kanye’s best quotes on creativity, click here.

The godfather of modern marketing, Seth Godin is a prolific blogger and online marketer, as well as a public speaker, author and entrepreneur. He’s an ideas man and an implementer, with an impressive track record of innovating and creating. In the mid 90’s he started a marketing company called Yoyodyne, which was ultimately bought out by Yahoo for $30 million. Other projects he’s been involved with include Squidoo (which was acquired by HubPages in 2014) and ChangeThis. He’s also held the record for the biggest crowdfunding campaign for a book and he’s written almost 20 books and over 6,000 blog posts.

His most recent book What To Do When It’s Your Turn? (And It’s Always Your Turn), I’d highly recommend you check out. Seth puts it out there to confront your fears; “When was the last time that you did something for the first time?” is one of many pertinent and action inspiring questions he asks in the book. It’s a great read for tackling that inner voice of self-doubt that holds so many of us back from letting go and embracing opportunities.

It’s written as a series of short, blog-post length essays and is visually eye catching, so you’ll digest it quickly and be ready for action. I have a copy of it and I will be giving it away in the next 7 Day Startup challenge.

Forbes recently selected his 2005 book, All Marketers Are Liars, as one of the six essential books that every marketer should own.

The author of the mega-successful Harry Potter series of books knows a thing or two about persistence and doing it tough to achieve her dreams. Having had her work rejected multiple times, including her original Harry Potter manuscript, she persevered and triumphed, describing her struggles as: “I had nothing to lose and sometimes that makes you brave enough to try.” She even posted her rejection letters on Twitter to help foster resilience in budding authors.

Her Harvard Commencement address from 2008, in which she discusses the power of imagination in creativity and innovation, is well worth checking out.

This guy is a true visionary, an engineer and inventor with an extensive business empire. He’s cashed in on some big business startups, most notably when his business x.com merged with a company called Confinity in the early 2000’s and gave birth to PayPal.

Becoming a multimillionaire in his late 20’s, he used his immense wealth for good, channelling his creative vision for the betterment of mankind including the development of clean energy sources and exploration of space. Here are just a few of his mind-boggling projects:

Elon is our generation’s number 1 entrepreneurial inspiration and will undoubtedly go down as one of the most influential entrepreneurs of all time, particularly if he can pull off some of his more ambitious projects like interplanetary colonization!

Check out the Elon Musk book by Ashlee Vance, it’s a must read for any creative entrepreneur needing inspiration.

This guy is currently doing it for me. He describes himself as a writer who draws. Check out his book Steal Like An Artist, where he goes into 10 things nobody told you about being creative.

The message that resonated most with me was about embracing the sum of your creative influences to forge your own original path. It’s ok to cut yourself some slack and borrow ideas from others while still creating something that represents your essence. So be yourself and don’t let thoughts of unoriginality hold you back. Not everyone can be a creative visionary, but anyone can get out there and produce inspiring work that’s forged on the influences of others without being a carbon copy.

His book Show Your Work! is also worth investigating, especially if one of your creative goals is to share and inspire more on social media.

He is one of the interviewees in the current Chase Jarvis series, 30 days of genius which is being put on by Creative Live.

Plenty of other amazing creative influencers were mentioned when I threw the topic out to the 7 Day Startup Facebook open group. There were far too many to detail everyone’s suggestions in this one article alone. So here’s just a few others also worth investigating. Maybe there needs to be a sequel to this post!

My friend Matt Vergotis is the designer behind my brewery Black Hops Brewing. Follow him on Instagram here for an insight into his creative process. And also check this out.

Guy Cooper: A local selection recommended by my content writer Anthony Gebhardt, Guy is a Gold Coast music producer with his own recording studio and record label. He lectures at the Conservatorium of Music, creates video clips and has recorded and toured internationally. And he still finds time to get down to the grassroots level by helping bands with hands-on tasks such as booking gigs, doing press or taking photos. Looking sideways, a concept discussed in my recent networking blog post, is something that comes naturally to those living their creative passions, regardless of their outwardly loftier achievements. Check out his work here.

Chase Jarvis: An award-winning entrepreneur, photographer, director and artist, in 2010 he co-founded online education platform CreativeLive. Be sure to check out his free video series 30 Days of Genius, where he interviews 30 creative go-getters such as Sir Richard Branson, Tim Ferriss and Seth Godin.  Thanks to Chad Barnier, Jaymie Jones and Bruno Winck for this recommendation.

James Altucher: This guy featured in one of my recent posts: Top 6 business podcasts for entrepreneurs. As an entrepreneur and thought leader he’s very much his own man and is a quirky and original interviewer who’s well worth following. Thanks to Helen Wohlin Lee for this recommendation.

Brandan Stanton: Much respect to this humanitarian conscience raiser, photographer and blogger. Be sure to check out his awe-inspiring street project Humans of New York. Thanks to Anfernee Chansamooth for this recommendation.

Leonie Dawson: Self professed soul-centred teacher, author, entrepreneur and philanthropist. Check her out here. Thanks to Leanne Crisp for this recommendation.

Mars Dorian: Berlin maverick type who specialises in the field of brand storytelling and design. He’s also a self-published author of sci-fi books and has a very cool blog. Check him out here. Thanks to Lucia Marginean for this recommendation.

Yiying Lu: Creator of the Twitter ‘fail whale’, marketing and design ace and creative director to a bunch of startups. Check her out here.  Thanks to Anfernee Chansamooth for this recommendation.

Create or Hate is now live, pick up a copy at http://createorhate.com/.